Notice: Post contains quite a few spoilers, so if you haven’t read the book and/or seen the movie, skip and save into pocket (like the rest of articles you never actually read, so you might as well read it now, since you won’t read it later).

A couple of months ago I noticed that The Martian was being made into a movie, so I decided to make sure I read the book before I watched the movie. The book was a surprise. Once I started reading, I couldn’t put it down. Every free moment I had I was working my way through another chapter. 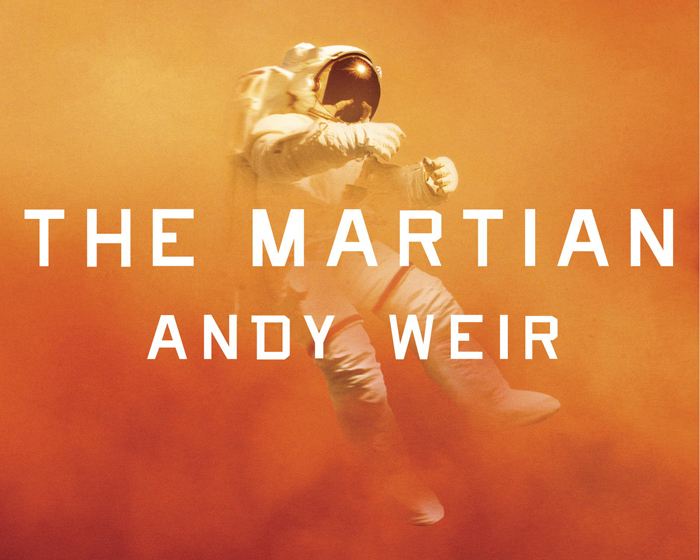 I loved how the main character, Mark Watney, used science to solve most of the problems that came his way. Facing seemingly insurmountable tasks he would break them down into manageable parts that he knew how to solve and eventually arrive at the solution. He does so by writing detailed logs of his thought process, something akin to psychotherapy for somebody stranded with no hope of rescue and a total of zero Wilson balls.

Author of the book, Andy Weir, took months to figure out all the science behind the story, and for the most part it holds up. There are some problematic parts (like the fact that the storm on Mars would not happen, since there is almost no atmosphere - see SGU episode 535), but they are usually done for the sake of the story.

The book started as a series of blogposts that was then turned into a book at the behest of some 3000 regular readers, that were also part-time fact checkers. He even got a bonafide NASA scientist so involved they kept regular correspondence. SGU had a nice interview with Andy where he talks more about the process in episode 534.

After finishing the book I was a bit sceptical about the movie, and my scepticism was somewhat just. They had a real opportunity to show the resourcefulness of the main character and how he used science to solve day to day problems that help him survive on this desolate planet. Well science and duct tape. They more or less glossed over all of it, albeit with a few exceptions. Yay for science. 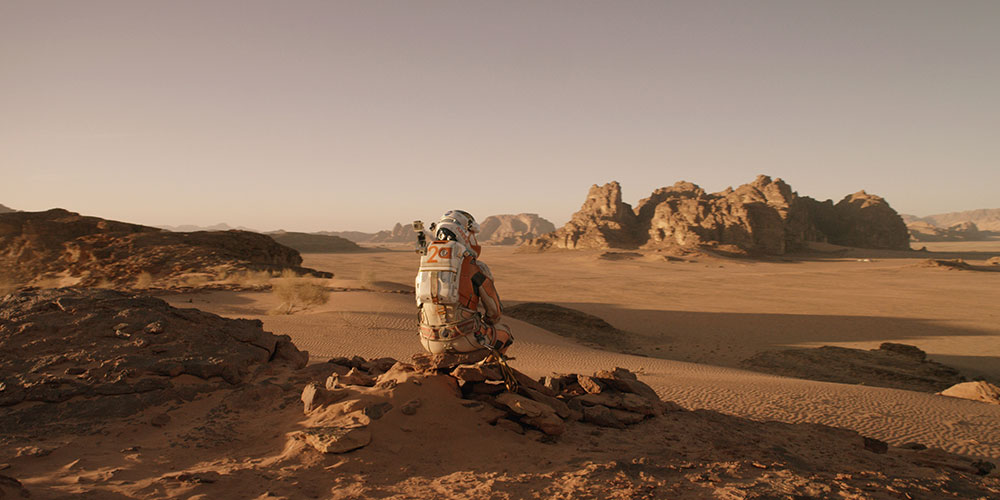 Andy mentioned he had to settle on the date for the Ares missions so they launch when Earth and Mars orbits take the nearest to each other. By his calculations the year of the mission would be 2035. So why does all the tech in the movie look obsolete by todays standards, not to mention that it would look like something straight out the museum in 2035. And I bet they would (will?) have maps with higher resolutions than the ones shown when Mark bolts for the Pathfinder and Sojourner.

They also left out a number of nerdy jokes. Here is the part where Mark is chatting with JPL and they tell him to watch his language since it is being broadcast all over the world:

[11:52] WATNEY: The crops are potatoes, grown from the ones we were supposed to preprare from Thanksgiving. They’re doing great, but available farmland isn’t enough for sutainability. I’ll run out of food around Sol 900. Also: Tell the crew I’m alive. What the fuck is wrong with you?
[12:04] JPL: We’ll get a botanist in to ask detailed questions and double check your work. Your life is at stake, so we want to be sure. Sol 900 is great news. It’ll give us a lot more time to get the supply mission together. Also, please watch your language. Everything you type is being brodcast live all over the world!
[12:15] WATNEY: Look! A pair of boobs! -> (.Y.)

As you might imagine, the final line was not shown in the movie, just the reaction of the control center was shown.

They could have shown he had a lot of time on this hands, since there was a lot of sitting around waiting for the batteries to recharge. So too keep his spirits high, he watched whatever his crewmembers brought along on the mission. Which was crappy TV shows.

“He’s stuck out there. He thinks he’s totally alone and that we all gave up on him. What effect does that have on a man’s pychology? I wonder what he’s thinking right now”.
Log entry: SOL 61 - How come Aquaman can control whales? They’re mammals! Makes no sense.

One other thing they should have shown was that Mark was actually taking soil and rock samples on his odyssey to Ares 4 mission site in Schiaparelli crater. He figured since he’s stuck there, might as well be usefull. Too sciency?

Curiously they left out a tumble Mark takes just before he reaches the other missions MAV which nearly kills him. I thought that was a dead ringer for the drama thirsty audiences, not to mention that the protagonist then raises like a phoenix from the ashes. Guess they liked the part where Mark flies like Iron man better - which is not in the book, thankfully.

Note to the careful reader: I did my best to weave in all 10 non-crash landed Mars rover and lander names, but I only managed a paltry 8. How the hell are you supposed to use MRO in a casual conversation. And no matter how hard I tried, I just couldn’t slip in a Viking anywhere.